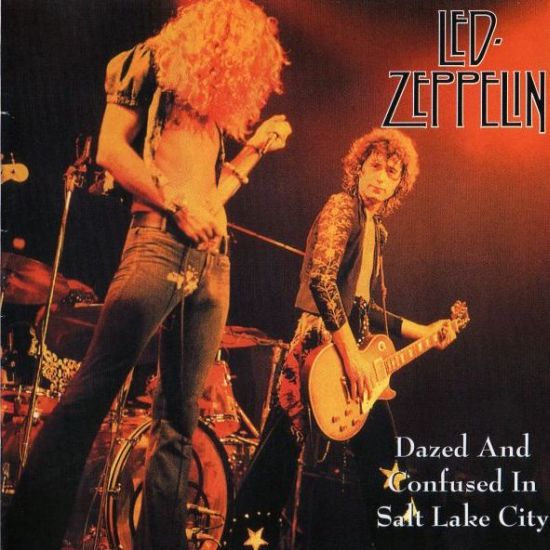 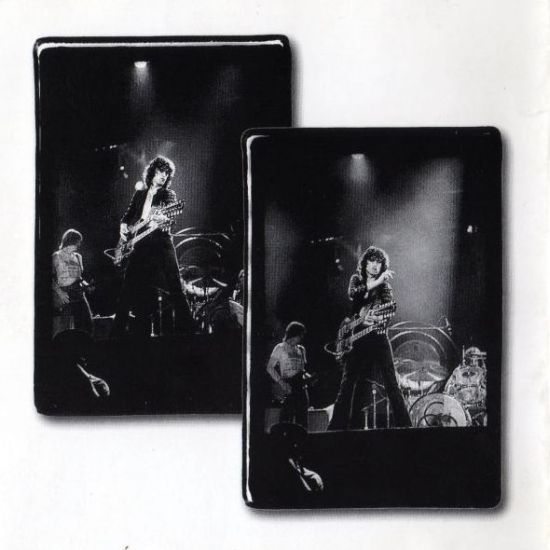 Like four British Caesars Led Zeppelin came, saw and conquered a frenzied, sold-out Salt Palace audience Saturday night.
Easily the most elaborately staged rock performance ever seen in Salt Lake City, it will be remembered for years to come.
Messrs. Page, Plant, Jones and Bonham are in the midst of a $3-million nationwide tour and the 11,000 plus fans here probably will be the smallest crowd they encounter. But it didn't seem to affect Zeppelin in the least. In fact, they seemed to enjoy the audience contact - something you don't encounter before 58,000 people in a baseball stadium.
LIGHTS, MIRRORS
The Salt Palace stage was a collage of lighting scaffolds, spotlights, huge banks of speakers, various light-reflecting devices, 14-foot-high mirrors and, of course, the four stars themselves. Super-singer Robert Plant and Jimmy Page fronted the band and drew most of the attention while the rhythm section of bassist-keyboardist John Paul Jones and drummer John Bonham supplied the music's foundation.
*Rock and Roll* one of Zeppelin's better recent songs opened the two-hour show.
It's a song that really moves - but sets a pace that's impossible to maintain. So they slipped into some slower material from their new *Houses of the Holy* album.
PATTERN CONTINUES
The band continued the fast-slow pattern through most of the night -alternating older, familiar tunes with new album cuts. Also in the format were Page's guitar breaks of varying lengths during almost every song. Most of the time, he carried it off admirably, but inevitably he began to repeat himself.
But preciseness wasn't the object. It was the flash...the excitement...the theatrics...the total audience involvement that Zeppelin was after. They succeeded - and then some.
It was remarkable that a concert which generated such advance excitement - and was performed before such an enthusiastic audience - was kept under such control. Most of it was due to restraint on the part of the audience. They were exemplary.
20 MINUTE SHOWCASE
*Dazed and Confused* was stretched out to a 20-minute showcase for Page and the special effects staff. Using a violin bow on his guitar and a delayed-echo system, Page had the sound bouncing from one side of the stage to the other. At times, it circled. When it began to be redundant, they moved quickly into *Stairway to Heaven,* one of the finest songs they've ever written. John Paul Jones' work on the synthesizer was beautiful throughout the concert but especially on this number. 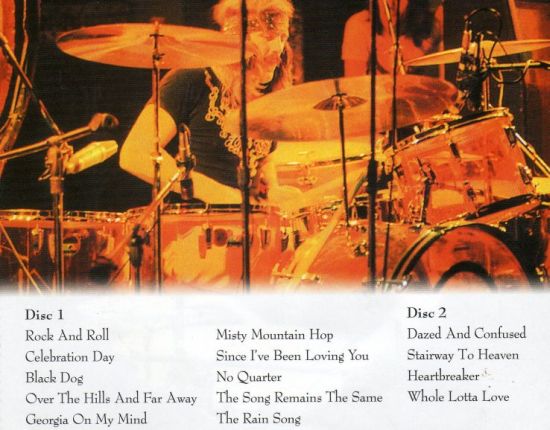 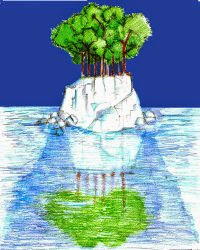